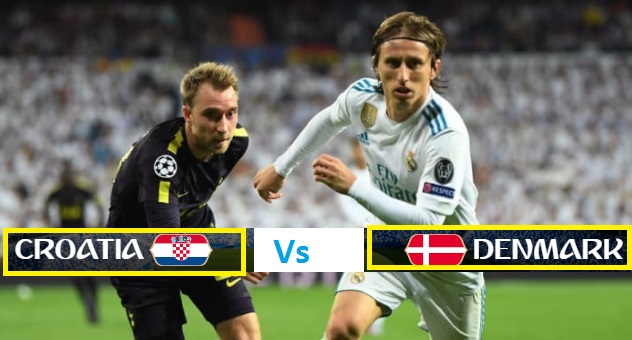 FIFA World Cup 2018 – Russia has reached the Knock out stage and already two teams are sent home. From day one this event has been full of surprises, Argentina and Portugal are sent home with empty hands. Both Lionel Messi and Cristiano Ronaldo cannot be solely held responsible as it is a team sport.

Today we will see two more teams being denied of the opportunity to fight further for the cup, unfortunately this is how the format works.

Game 1 – Spain vs Russia & Game 2 – Croatia vs Denmark. As the level advances it will only become tougher and today is the day of the most persistent and pertinent team. De Gea, Iniesta, Ramos, Diego Costa and Marco Asensio are the winning cards for Spain against the strong attack of the host team who we saw in their prime right from game one against Saudi Arabia. Russia’s only loss to Uruguay must have put things in perspective, Chechesov should take this defeat seriously and put out a winning formula for today’s game against Spain.

Denmark has qualified from a rather easier group C where only France could post any threat but only as a testing game, they have won against Peru and Australia convincingly. The last game against France was a Draw 0 – 0, they may not have scored any but did not let one of the leading teams in the world to score either. Denmark here showed their strength and stood true to their qualification for this cup.

The steadfast and humble approach has put the Croatians in the front seat and they have topped their group. Modric leading from the front along with Rakitic, Strinic, Perisic and Danijel Subasic will have important roles to play in Croatia’s win and moving closer to becoming the champions.

The game is intense and tough in itself at this level and so does the planetary position indicate. Both teams are in attacking mode and will try and gain the lead by scoring the first and put the opponent under pressure. Denmark grows stronger as the game progresses and may be in the lead. Defense of both the teams will be put to test, Croatia will have their comeback and may even carry the game into Extra time – as there has to be one winner in every game from this stage onwards.

Towards the closing stages of the game Croatia has better chances if they can keep themselves alive in the game and Denmark should make use of the time when it is in their favor and not to leave any room for the Croatians. Goal Keepers will be put to test as the tug of war seen between the stars of both the teams, both show equal strength, only a percent or two more than each other in different parts of the game.

If the winner is to be concluded by Penalty Shoot Out – Croatia has marginal advantage over Denmark and a thin line does mark victory.