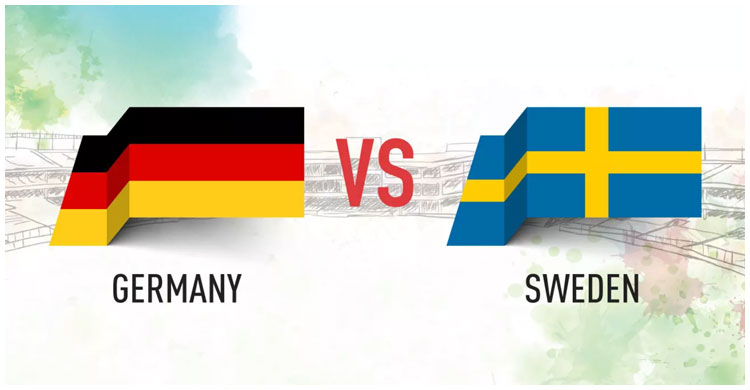 Nightmares are lurking for the favorites in this edition of the World Cup. The teams which were in the finals of the FIFA World Cup 2014, it may be game over for them even before the playoffs. Argentina is at the Mercy of Iceland and Croatia to qualify and Germany who had lost their opening game to Mexico.

Group F round 2 begins today with Germany vs Sweden at the Fisht Olympic Stadium 21:00 hrs Local time. Sweden is at the top of the table as they had won the match 1 – 0 against South Korea, only goal scored by Andreas Granqvist in the 65th minute of a penalty. They would like to keep the momentum going by winning the match against Germany which would prove their mettle, preparation and will to go all the way for the cup.

What make it really interesting at the 2nd round of the group stages is that the defending champions do not have much room to relax and from here on the competition is only getting stiffer. Teams like Iran, Panama, Nigeria and Serbia are already giving a tough fight and that just raises the bar which the so called great teams did not expect.

Joachim Low had the weekdays off the pitch to look into the loop holes or the areas that need to be worked upon and the man of strategies who was caught off guard will be a lot more prepared.

Striker Timo Werner, Mid-fielder Sami Khedira, Draxler or ozil may be some of the changes we may see for this match as the team was in the deep self-assessing mode where the only motive was to bring a winning combination. Marco Reus, Leon Goretzka and Mario Gomez are ideal replacements because Germany’s game plan should be primarily to attack and score as early and as many as possible to get them coasting. It is all about finding the winning combination.

Ideal winning strategy for Sweden should be 1. To put the best defender to best striker. 2. Block the right and left side as the Mexicans did. 3. Play with 4-3-3 formation or 4-4-2 which worked for them in the previous match as they also need more attack force, in the end in football what matters is who scored the most goals and he is the winner; everybody knows this but sometimes to win you have to keep it that simple.

Janne Andersson the team coach is steadfast despite a few setbacks with a few players fitness. About winning against Germany Janne says that the team has won by hard work and being aware of the situation. Granqvist and the boys are ready to put their lives on line for victory.

Astrology Prediction for this match:

The strong and motivated spirits of Swedish players will show in the initial stages of the game, Possession percentage and shots on goal will be more for them as compared to Germany. They will get really close to scoring a goal from the 15th – 23rd minute. This would put them in a strong position as Germany will not let the game loose for long. Just before Half time Germany will get warmed up and find a flow, this could work well for their confidence, they will be seen in strong scoring positions but Sweden will hold the fort.

Second half, Germany stepping up their game from the momentum gained at the end of half time and keep Andersson guessing and falling back Swedish players will work very much to Germany’s advantage.

Sweden’s Perseverance might pave way for victory. Well after the 82nd minute the timings favor them and only they can make it work as Germany will not budge and may even step over them because by then they would have become invincible.

In short, there could be early triumph / domination by Sweden which will be short lived as Germany will take over and take it till the end, Sweden could make a comeback only if the Germans allow them. Something like what happened to Serbia last night in the match against Switzerland.