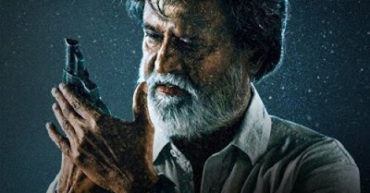 ho will live till the life on this earth goes. A sight, a speech, a smile or anything with his name is priceless. One gets to watch him even if on screen for 3 hrs or so i don’t know a single soul who would miss it for the world.

Rajni, Badshah, Annamalai, Padayappa, Sivaji are some of the epics. Whistles, thundering claps and echoes of the word “thalaiva” fill the electric atmosphere in the cinemas on his single sight.

Eager to Re-live this experience is all set this weekend. Kabali! Kabali! Kabali!…. is the only thing we are talking, hearing, seeing and soon going to live the magic “SUPERSTAR” is to spread on the silver screen. Rajnikanth’s movie is the one and only to celebrate the success of the movie not after but a week before its release such is the impact this legend has made.

It is said there are companies who have given a day off for their employees to go and watch his movie. It is only a matter of time that Rajnikanth’s birthday 12 th December would be announced as a holiday.

This 22nd July 2016 The “Fire” will spread just like the song goes “Nerrupu Da” blazing and heating up will be Rajnikanth’s raw Gangsta style. Astrologically, this movie is set to release on 22nd July 2016 on Dhanishta star ruled by the planet Mars. This is a very strong and favorable star and indicates grand success. Everything seems to be in the favor of Kabali. The music, and the movie is going to Blockbuster hit and sky is the limit and it will surely break all possible Box Office records.